Why Do Most Solar Leads Suck?

Purchasing residential solar leads is an increasingly popular trend in the solar/renewable energy industry. More solar installation companies are adopting the trend, thinking it is the best way to acquire solar leads for their companies and eventually make the most sales.

It may seem like a great idea at the beginning. However, a few months in, you quickly realize it is not the best decision for your company – as the quality of the solar leads matters more than the number. This begs the question, ‘where can one get exclusive solar appointments?’

Regardless of their numerous numbers, getting poor-quality leads is an immense waste of your company’s time and money. For this reason, it is more beneficial to focus more on finding ways of generating quality leads instead of purchasing them – which is something lead generation companies can’t achieve. With thousands of solar companies buying leads instead of generating them, you are most likely to follow suit. However, there are so many reasons why we discourage you and other solar companies from going down the path.

Research regarding the subject has revealed some shocking revelations. After getting curious about the steamy trend in the solar industry, many users turn to Google by typing in ‘buying solar leads’ where they find numerous companies dealing with the same. However, they quickly notice a dirty secret that keeps coming up along the way.

Here are some of the findings:

The findings above are all strange and leave many users questioning the credibility of the company’s services. However, what if they give them the benefit of the doubt and move on to other determinants, such as giving them a call?

In one instance, a call was picked up by a friendly man who asked where the caller was. The caller lied that he was from California and further asked the gentleman how much they charged for the solar leads. He explained that they generate cold and warm leads from telemarketing at $65/ea and $85/ea, respectively. Upon inquiry on the difference between warm and cold leads, there was no clear response.

But the rep quickly asked for the caller’s company name and 1-800 number – according to him, the latter was very important. The caller concluded that the company was very strange – why do they have no huge traffic on social media, and why was his 1-800 very important?

What is Really Happening Here?

The guy who picked the call mostly relied on a technique known as ‘keyword stuffing.’ The same applies to the web content where the writer overly uses the terms’ solar leads’, ‘lead generation,’ and their synonyms with little focus on ensuring that they communicate effectively. During the call, the receiver overly repeats phrases such as ‘buying solar leads’, which is probably one of the reasons why the website is top-ranked on Google.

With such a top SEO ranking, most solar installers will likely click on the website easily. However, the way the company generates the links is not any different from the competitors with lower rankings. The quality of the solar leads is also poor and may waste your time and money instead of helping your company grow. This calls for the need to get exclusive solar appointments.

It isn’t as complex as it seems, especially for beginners – according to these lead generation companies. It mainly involves asking relevant questions to potential customers, such as random homeowners. The goal is to help determine if they qualify as prospects for your company or not.

With the right combination of answers, you buy the names and phone numbers of the potential customers for $65 each. That is not how it should be. And based on its simplicity, anyone can handle it including a high school student who can get as many leads as 5-10 per hour with a wage of less than $20.

The Prints and PPC Ads

These lead generation companies work the same way as you do – gaming the search engine system. You can bet that they game the potential customers, who are mainly homeowners, the same way by probably using your 1-800 number against a text saying ‘free solar installation,’ among other possible tricks.

It may sound extreme, but it happens. Unfortunately, such poor leads can easily cost you $85 – anytime someone calls your company contacts. The reason for the higher cost here ($20 difference) is that it is a warm lead – as the lead generation company calls it. For this reason, I found it impossible to spend a dime on companies that claim to generate solar leads for solar and other renewable energy companies.

The best thing to do is to invest in creating the leads yourself by getting exclusive solar appointments. They may not be as many in the beginning but grow with time, especially through referrals and SEO strategies. Besides, doing so assures you of quality leads while preventing unnecessary costs.

Final Thoughts on Why Most Solar Leads Suck

Other tips to generating quality solar leads by yourself, instead of buying them, include revamping your website to avoid being outdated, rethinking your digital content, and offering great customer services. The quality of your products, especially solar panels, should also be top-notch.

As you strive to achieve all the stated aspects, you should also understand that PPC ads are another crucial way of generating 100% exclusive leads for your solar company – as long as you know what you are doing. Numerous reputable companies offer PPC solar lead generation complains that you can partner with for the best outcome and on budget. 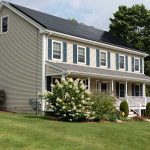 PrevResidential Solar Leads Strategy for the Long TermJune 17, 2022
5 Things to Include in a Solar ProposalJune 29, 2022

I’m on track to make the most money in my career because of Solar Exclusive!

10 deals closed in the first month!